The target city of the Upgrade DH project in Croatia is the city of Sisak. It is a middle sized city located in the Sisak – Moslavina County, southeast from the Croatian capital, Zagreb. The city is the administrative, cultural and historical center of the county, as well as one of Croatia’s biggest river ports and industrial cities. Total number of inhabitants is 47,768, as stated in the 2011 population census. Out of this number, 33,322 inhabitants live in the urban settlement. The city will not be a partner in the project, but will support the consortium by the means of the letters of support. 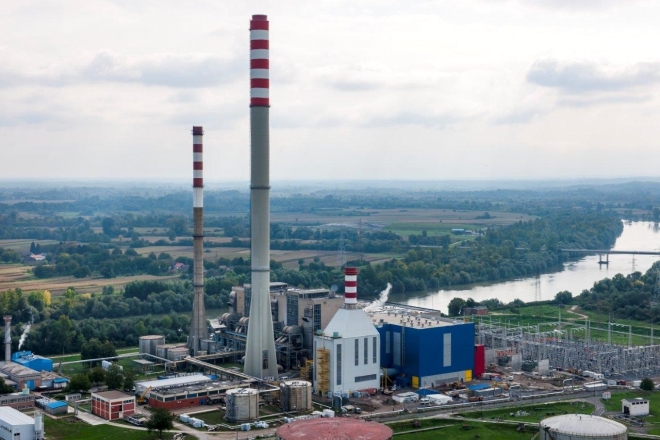 Regarding the heat supply, parts of the city are covered by a district heating network, which is operated by HEP Toplinarstvo, a sister company of the Croatian largest energy utility company HEP Group. Overall, 4,139 consumers are connected to the DH grid, out of which 86 are industrial customers. Therefore, steam is also being distributed, mainly for industrial purposes. The distribution network is supplied by a cogeneration plant, with installed electric capacity 420 MWel. Accept from the cogeneration plant, a heat only boiler with the installed capacity of 120 MWth supplies a separate DH network. The plan is to connect the two DH networks in near future. The overall heated area of households is 229,159 m2, while for the other consumers (mostly industry) it is 3,800 m2. Both heat production plants use natural gas as an energy source and are operated by HEP Toplinarstvo. The total heat delivered to customers in 2014 equaled to 66.77 GWh. One of the biggest problems of the district heating system, not only in Sisak but in whole Croatia, are the heat losses in the distribution network. Due to old and inefficient pipes, average heat losses of distribution networks operated by HEP Toplinarstvo are around 14 %, while for steam systems they are significantly higher at 35 – 40 %. The problem with losses is also due to high supply temperatures of the system, which are usually significantly above 100°C. Therefore, there is a high need for the refurbishment of distribution network as well as of the production units in terms of reducing the use of fossil fuels and reducing the supply temperature regime in the network. The overall distribution network length in Sisak is 26,600 m and the overall number of substations equals to 165.